Although the Polish retail market is still struggling with the effects of the COVID-19 pandemic, forecasts for the sector are more optimistic than for the rest of Europe

JLL and Trei Real Estate Poland, the authors of the 2nd edition of the "Retail parks and convenience centers in Poland" report, summarize the market regarding these projects at the end of H1 2021, and outline the development prospects for this sector in Poland.

In the first six months of 2021, developers completed 242,000 sqm of GLA of new retail space, 43% of which was delivered in retail parks and convenience centres dedicated to everyday, quick shopping (approx. 103,000 sqm). A further 237,000 sqm of GLA remains under construction across the two formats, of which 188,000 sqm will be delivered to the market by the end of this year.

“The current supply of retail parks, both regional and traditional, and convenience centres in a retail park layout total 2.87 million sqm of GLA. Regional retail parks make up half of this space, however, their share is decreasing year by year in favour of smaller assets,” says Joanna Tomczyk, Senior Research Analyst, JLL.

Retail park and convenience centre stock is distributed unevenly as far as city size is concerned. They are concentrated in the major metropolitan areas (46% of existing stock) and towns of below 50,000 inhabitants (29%). An astonishing 67% of stock under construction (237,500 sqm) is located in the smallest cities (those of fewer than 50,000 inhabitants). A mere 8% is located in the largest agglomerations, proving that smaller markets are currently very much the focus of developer activity.

“When choosing new locations for our Vendo Parks, we are still focusing on small towns of around 15 000 inhabitants which are poorly served by their retail offer. The whole of Poland is taken into consideration during this process and our projects always account for the presence of a food operator[SP1] [MM2] . The investment’s sphere of influence has around 30 000 potential visitors living in the city and surrounding area. At present, we have three new retail parks at an advanced stage of construction, namely Inowrocław, Chorzów and Radzymin, which we plan to open by the end of this year. We are also in the process of expanding the Vendo Park in Pułtusk. The secured land bank means we can securely plan investments for 2022 with next year seeing no slowdown in the current pace of Trei's development in Poland,” says Jacek Wesołowski, Managing Director at Trei Real Estate Poland.

So far this year, seven foreign brands have made their debut in Poland’s brick and mortar retail sector. Two furniture chains, Duxiana from Sweden and Rolf Benz from Germany opened their first stores in furniture centres in Krakow and Warsaw, respectively. The DentalPro clinic, from Italy, opened in the Manufaktura shopping centre in Łódź and illustrates the growing importance of the health concept in the offer of shopping malls. In Warsaw two brands opened their first stores in Westfield Arkadia, a LEGO shop, and the Dutch cosmetics brand Rituals - while Italian menswear firm Camissima and Yargici fashion brand from Turkey opened stores in Galeria Mokotów.

“Trading headwinds on the retail market in Poland, including a drop in both footfall and turnover numbers in the majority of shopping centres during the COVID-19 pandemic, as well as negotiations between tenants and landlords, have caused a slowdown, as well as a temporary halt to some retailers’ development plans. Value retailers, off-price brands, those offering lower-priced products, and grocery and drugstore chains were the least affected by the pandemic and their expansion plans have hardly changed. Action, Dealz, KiK, Pepco, Tedi and new market entrant, HalfPrice, have successfully attracted consumers to their stores by offering attractive prices on a wide range of products,” says Anna Wysocka, Head of Retail Agency, JLL

Who is looking for space in retail parks?

JLL and Trei have analysed the merchandise mixes of selected traditional retail parks and convenience centres in terms of their GLA. The study of retail schemes with a total of 133,000 sqm of GLA presented in the report shows that value retailers,

occupying 33% of GLA (i.e. every third unit), is the category most commonly found in traditional parks and convenience centres. Unlike many other retail chains, value retailers have hardly changed their expansion plans during the pandemic. Other popular retail categories include specialised stores (16% of GLA), grocery operators (14%), fashion and shoes (13%), electronic (10%), and health & beauty stores (9%). The number of stores in each category is usually limited to one or two, due to the rather small size of these projects. Retailers from various retail categories take up different sizes of units.

“In H1 2021, we opened four Vendo Parks in Zielonka, Myśliborz, Koszalin and Piekary Śląskie with a combined area of almost 20,000 sqm. In the same period, we concluded 35 lease agreements with a total volume of 22,500 sqm. As the pandemic has not affected Trei’s commercialization process of new facilities, the company has been able to successfully implement its investment plans. Today, an increasing number of tenants are considering locating their stores in retail parks. The last fifteen months have proved that we are more resistant to restrictions than large-format shopping centers. We also offer lower leasing costs than a mall. As a result, we are currently holding talks with companies that have not previously had a presence in retail parks, including the entire LPP group and the Smyk brand. In addition, there is a relatively large number of players, making their market debut in Poland, which are also interested in retail parks,” adds Jacek Wesołowski.

Rents and service charges offered in retail parks and convenience centres are significantly lower compared to those in shopping centres and remained stable in H1 2021. This is due to the characteristics of this type of retail scheme, i.e. fewer common spaces, a simple one-storey layout, outside surface parking and usually an outskirts location. Prime rents, regarding units of approximately 2,000 sqm in the best performing retail parks, currently stand at €8 – €12 / sqm/ month, with service charges at a low €1.5 – €2 /sqm/ month. Moreover, retail parks and convenience centres benefit from lower fit-out costs because of the stores' standard and easy access.

Since the beginning of 2021, retail properties with a total value of approximately €420 million have changed owners. Continuing last year’s trend, the number of transactions remained high, with the low volume being a direct result of the type of assets that are currently most popular with investors.

“Investors’ attention is still focused mainly on retail parks, convenience centres, DIY stores and grocery shops, which is reflected by the number of transactions being concluded this year. So far prime cap rates for the best retail parks remain stable at around 6.80%; however, the high level of interest and limited availability of a good product may result in short-term compression,” adds Agnieszka Kołat, Head of Retail Investment, JLL.

The largest retail deal finalized in 2021 was EPP's acquisition of four retail parks for €106 million. This is the final tranche of a larger deal signed in 2018 covering 12 assets, including eight M1 shopping centers. The largest transaction to be closed in the third quarter of this year was the sale of the portfolio of six Auchan hypermarkets located in Szczecin, Rybnik, Słupsk, Gdańsk, Nowy Sącz and Lublin. The portfolio previously owned by Pruim (a company managed by Griffin Real Estate) was sold for €87 million to an undisclosed buyer. 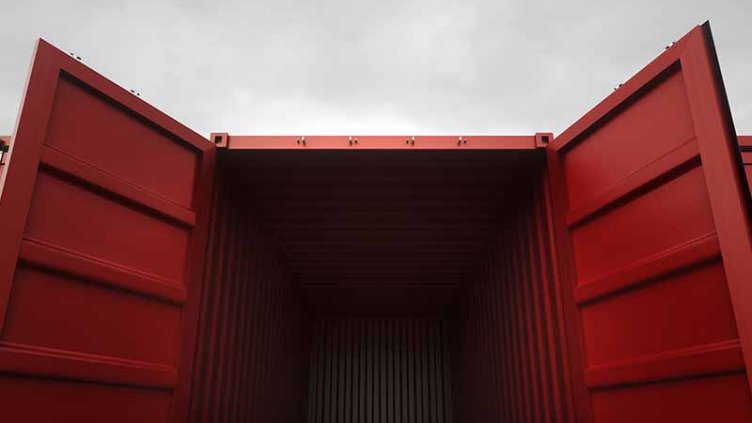